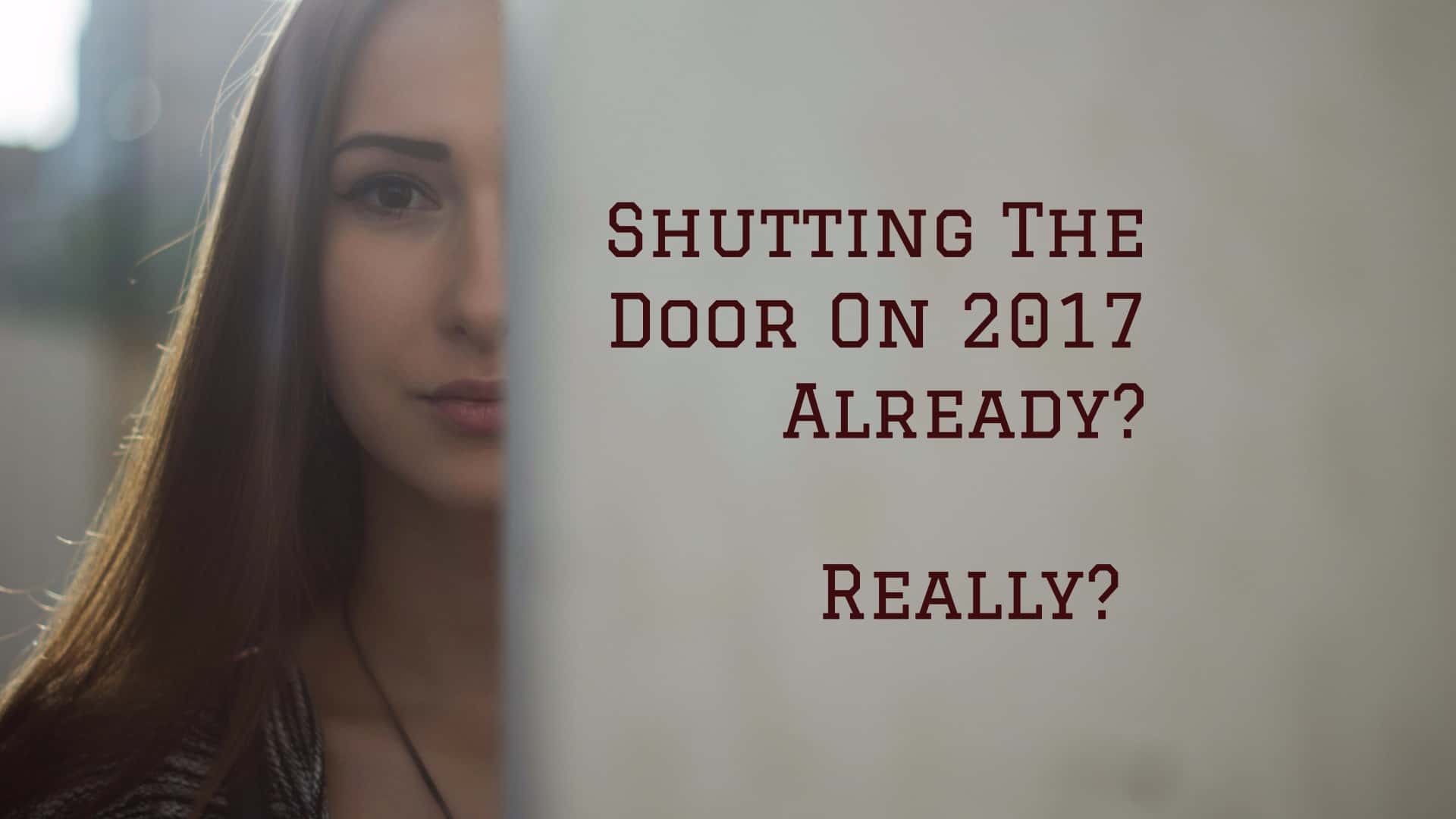 Yes, yes. I know. 2017 is on its way out. Everyone is looking forward to the shopping, the celebrations, the holidays, maybe even the vacation.

People are already starting to look forward. To the next year. Getting ready to welcome 2018.

Some of the more *ambitious* folks are already starting to break out their resolution diaries. Others are evaluating how their year went, and how much they achieved. Maybe even a little boast here and there.

That’s all fine and dandy.

As of this moment, we still have 25 days to go. Roughly 600 hours. Roughly 300 hours of productivity can still be extracted. If you’re like me, that number’s closer to 200, but whatever.

I bill my clients at roughly $500 to $1200 per hour. Averages around $650. I still have a hundred and thirty thousands dollars to gain before the ball drops. I fully intend to. At least $130k, if not more.

I may not see the amount all at once. The yield may be slow and long-term. But it’s coming.

This time of the year reminds me of that old M.Ali story…

On a cold night, he was working hard. Practicing, punching, just throwing his fists. He worked a lot harder than he normally did. Worked himself to the point of exhaustion. And just as he was about to turn in for a shower, he looked across the yard and saw his competitor’s lights were still on. The competitor was still practicing.

Ali turned right back and went on to workout. For another hour, he kept looking out the window, and couldn’t bear the thought of his competitor gaining an edge over him. So he just couldn’t give up.

An excruciating hour later, the competitor’s lights went off. He’d walked out of the gym, and gone in for a shower. This made Ali’s eyes shine.

This is where edge comes from. Your competitors are tuning out of the market. You actually have the possibility to become the last man standing.

Last year, at the end of 2016, I was home. I was working hard to get a client’s products designed. Both me AND my client. Everyone else had tuned out. None of HIS competitors were working.

Both of us had invitations. Places we could go. Parties with friends. Events with the family. Both of us chose not to.

Three weeks into the year, we did more revenue than our entire first quarter of 2016.

Business owners complain about having no customers. Yet they turn out the minute they get a chance to. Holidays, vacations, celebrations, funerals, whatever. When no one else is doing business, I’m still open.

I do get sick, but I don’t take a sick break.

I do need rest but that doesn’t get in the way of delivering the deliverable.

I take care of myself, but I don’t have to make every day of the year about me. I mean so far my eyes haven’t popped out of my socket for working all-nighters. Not doing it on a daily basis, you know? Just every now and then when the situation warrants.

I have a social life, and that always can wait. Far behind my family and work.

My priorities in life are clear… Family, Clients, Friends, in that order.

Students complain about having no time. They also have active paid subscription to Netflix.

A general physician I know complained how he had no time to workout. He does spend an awful lot of time chit-chatting with his patients though.

And those start with you.

YOU prioritize which clients are most important.

YOU prioritize the kind of work you want to undertake.

YOU prioritize how you spend your time.

YOU prioritize whom you work with.

YOU prioritize what’s important, and what’s not.

And when you actually live in the philosophical framework of 80/20, you say NO to everything that’s not important.

Oh, and one last reason why I don’t celebrate festivals as endorsed by the government and so on…

I Make My Own Festivals

What’s so special about January 1st anyway? I mean it’s just another day. You’re essentially celebrating that the number on your calendar changed. That’s all that happens in that split second. A number changes. That’s all there is to a new year.

Dates are nothing more than reference numbers. They allow us to keep track of “when” something happened. Why exactly would I celebrate changing the way a ledger is maintained?

I don’t celebrate my own birthday. Believe me, I had no say in when I’d be born.

A girl once wanted to break up with me because I didn’t remember her birthday. I broke her up with her instead because she expected me to remember it. Dumb broad.

I’ll celebrate when I want to. Not when someone else tells me to.

I do celebrate a lot. Every time I get together with family, the people that matter most, it’s a big celebration. Soon I’m going to institute a no-cellphone policy in these get-togethers.

Everytime I meet a paying client, it’s a little celebration. Why wouldn’t it be?

Every single time I meet a friend, it’s a little celebration. Do you expect me to sit around in a bar throwing cash while ingesting slow-poison? A Big F U to that.

Fuck anniversaries. I feel romantic, there’s her anniversary. Nothing says anniversary louder than an orgasm.

Don’t let anyone… and I mean ANYONE… tell you why you need to be wasting your time somewhere.

You wanna celebrate something? By all means do it. You got something more important. Take care of business first.

Your momma’s out dancing with your kids is no reason to throw caution to the wind and stop working.

Master your time and you master your life. Just about anything can be turned into a celebration. Everyday can be a festival. Even Frank Costanza had his own festivus.

My new year starts when I want it to start. When does yours?