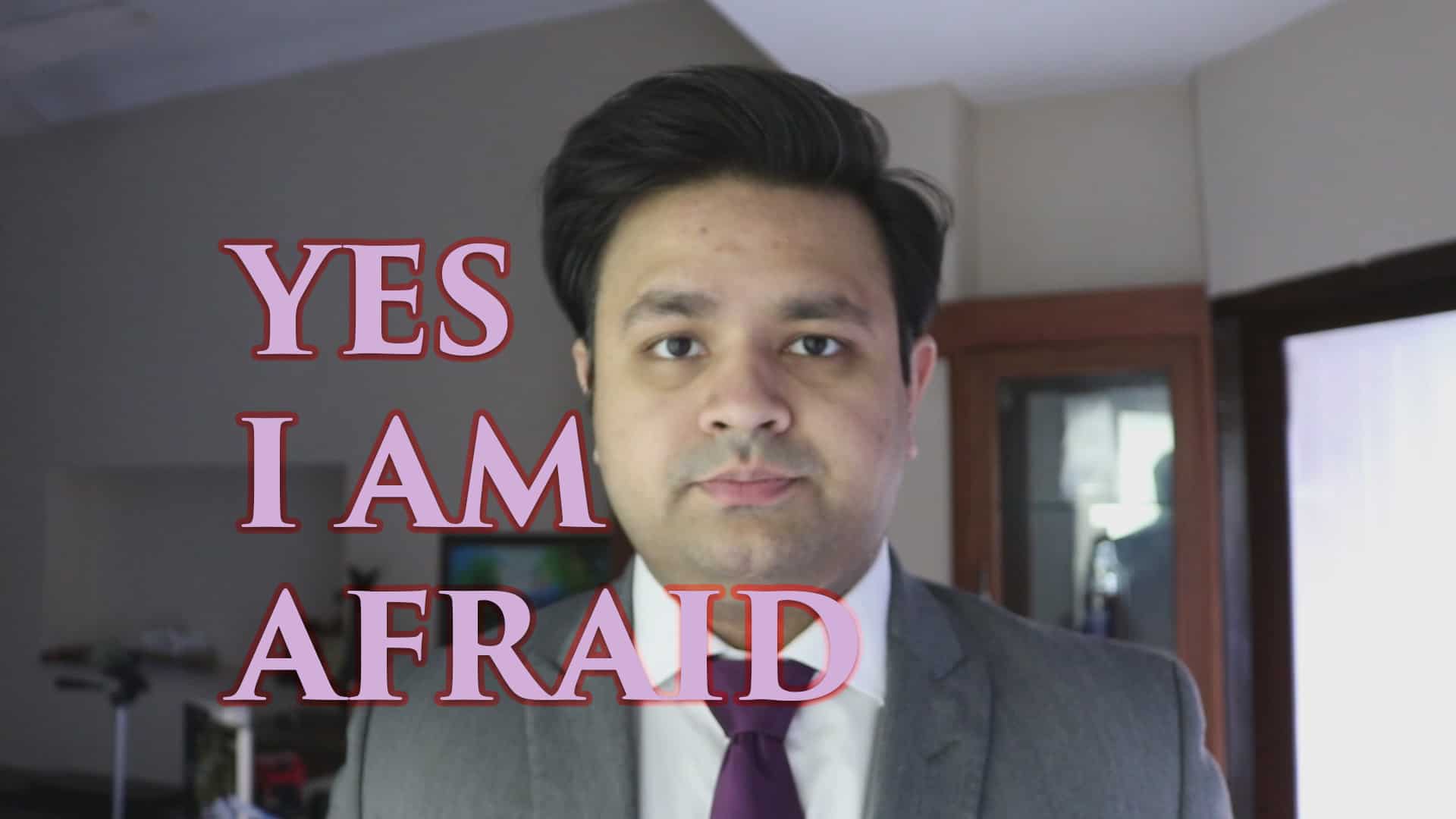 And since they’ve already done it, there is most definitely a clear path that you can follow to achieve whatever it is that you want to achieve.

And that’s basically normal. I feel that fear too.

This year I’m going to embark on a big journey to change very many things in my life.

And to tell you the truth I am nervous. Okay? I’m pretending not to be. I’m not showing it. I’m not telling my family (especially my family) and certainly not the prospective clients or prospective business partners that I’m nervous.

But I am worried.

And one of the most dangerous aspects of this journey is that I stand to lose my ability to travel the world when I want to. So basically it’s my freedom on the line.

And that scares the shit out of me to tell you the truth. It is what it is. You can’t do anything about it.

It’s a new thing. I’ve never done this before.

And part of me wants to quit.

Part of me wants to just run away. Part of me just wants to cancel the plans I’ve already put into motion. And to go back to the life that I’m already leading.

So I have decided to go on with this journey.

But last night I was really tempted to abandon this whole project and move on to, or go back to, whatever it is that I was doing.

I’ve changed my life many times over the last few years but nothing as scary as this one project. And yet I’m going to do this because I have to, at some point of time even if I don’t do it right now. I can choose to do it later, but I have to. It it’s something that cannot be delayed indefinitely.

I want to do this but I just really want to succeed when I do this.

I don’t want to end up failing. I do have a plan B and a Plan C and a plan D – none of which I really like. I mean they’re all practical but they are not what I want from life.

What I want from life is to take this risk and then to succeed this year.

If I don’t I will really have to go back to living the kind of life I have been living which is what I’m not looking forward to. So the reason why I’m scared of taking the first step or starting this journey is the fear of failure.

And more importantly, the fear of loss of hope.

If I lose then I will know for sure that that plan was not solid enough. That strategy was not good enough. I don’t know that now and that’s a little bit of a ray of hope that I’m clinging on to.

So yes, it’s scary. This time I can really be going to lose it in real terms.

Real consequences are on the horizon if I fail… and if I succeed.

But then I think about it and I think about how two years or three years or four years down the line things are only going to be slightly better but not much better. I’m going to have the same chance or a similar chance but not a significantly greater chance at succeeding. I may not even have a revised strategy.

And I can always revise my strategy while I’m in the thick of it. I can make changes on the fly and I can do that now.

But I’m going to do it anyway. That’s how to deal with the fear of failure.

So yeah that’s it that’s what I wanted to talk to you about today. That last night was a difficult night. I actually could not go to sleep until 5:00 a.m. this morning. And I woke up at 1:00 p.m. and then I got dressed. did a little bit of work, talked to a client and then now I’m talking to you.

That logically it doesn’t make sense to back away from it now.

Emotionally it does because I’m scared shitless. But logically it doesn’t.

Thank God I’m an okay actor – a decent actor. So nobody’s gonna find out how nervous I really am.

And to tell you the truth once I jump into it once I get some of that momentum going… that nervousness is going to start melting away. And after the first couple of weeks I’m not going to feel very nervous at all.

Right now I’m nervous because I’ve not started anything. I’ve not got any momentum on my side. I’ve got detractors who got some very valid points. I’ve got real stuff on the line. And yeah this is just scary. This is just scary. I’m trying not to talk myself out of it, but yeah, I will do it.

There’s no way to stop me from doing this now.

If I fail, I fail. I lose a lot but I will still survive. And that’s all there is to it.

Thanks for reading. If you have any comments, leave them in the comment section below. And if you have a couple of words of encouragement for me I’d be grateful.

And yeah wish me luck. It’s gonna be a scary New Year.