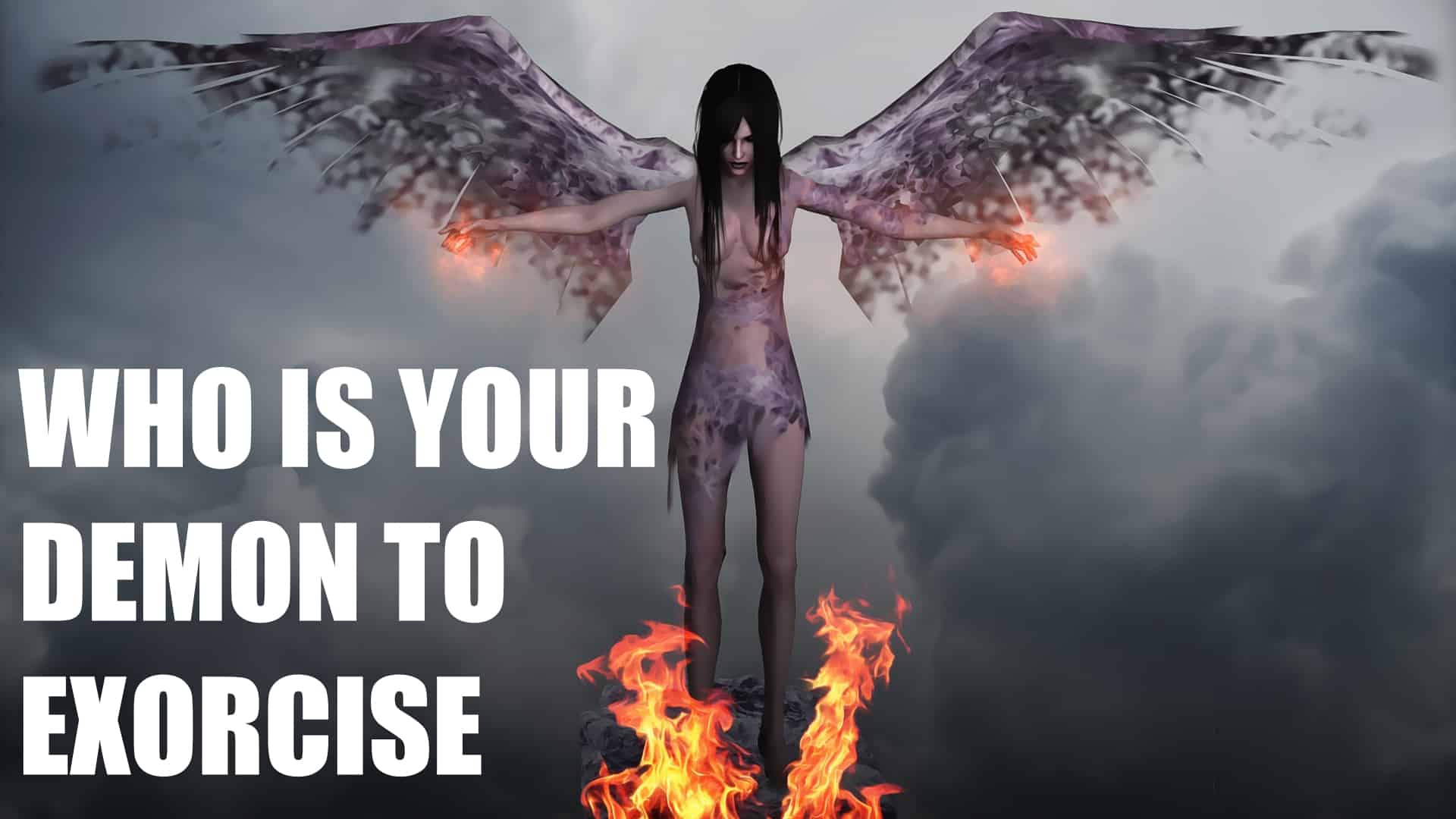 Your demon to exorcise is you yourself

Watch any movie, and there’s the clearly obvious bad guy, or bad guys whom the protagonist fights. there’s a demon to exorcise. The bad guy commits atrocities while helpless people look on. The bad guy kills, rapes and plunders while the innocent suffer from his cruelty. The bad guy has got the whole system rigged, and don’t you dare challenge him. He’ll kill you if you so much as threaten him, and his authority is total. Nobody can touch him and nothing can hurt him.

The contrast is clear. The nice guy is generous and honest. The bad guy is totalitarian and nervous. His bad behavior stems from insecurity because he’s worried about the world… or specifically, his own world. The protagonist, on the other hand, is oblivious to the world around him… Since he has not a care in the world. In fact, the protagonist is painfully oblivious to all the bad guys and bad things that surround him.

And then their paths cross.

The totalitarian bad guy obviously crushes something or someone the good guy cares about. The “how” is immaterial. Rape, or murder, or humiliation, or injury, or mockery. Whatever.

The protagonist now, in his obliviousness, goes to appeal to whomsoever he believes is righteous judge. Maybe it’s the police, or the law, or maybe it’s a king. This is the person or body that the protagonist believes as having the ultimate power, as well as the clearest intention of upholding justice.

It is his contact with his perceived “system” that makes the nice guy realize how thoroughly the bad guy has got the system rigged.

And that is when he begins to pick a fight of his own accord.

At first it’s only a matter of defending himself, his property and his people. And his dignity, or ideas. But pretty soon he finds out that there is no way to survive unless he completely surrenders. The bad guy just won’t let him.

He refuses to budge, but is filled with self-doubt.

And that limbo lasts for only a minute or two before the bad guy makes contact again. This time, the humiliation is total. The nice guy loses someone… or something he really cares for. And *now* he just about loses it.

Now, he becomes an avenger. He decides to crush the bad guys once and for all… and then sets out on his final journey. Inching closer to the climax, he kills everyone who protects the bad guy one by one… until he finally gets his hands on the bad guy. Almost.

But the bad guy has another trick up his sleeve. He’ll reverse the fortunes one more time… if only temporarily. But suddenly the bad guy realizes for the first time… that the innocent are not that afraid of him any longer. The losses he has already suffered at the hands of the protagonist, who’s now no longer nice, have dented the perception he worked so hard to build. And now everybody can see through him.

And that’s where you get your final climax. The protagonist once again reverses the situation, and finally manages to kill the bad guy. The victory is exhilarating. For every single member of the audience. When a movie is made well, you feel that pure joy, that exhilaration that the protagonist appears to have. Even if the victory is bittersweet, the release of tension is complete.

And that’s the story we keep telling ourselves. We are fine. We’ll rise to the occasion when we need to. There are other forces keeping us down. There are bad people, or bad governments, or bad agencies, or bad economy, or bad upbringing… or something else that’s external… something else that we have no control over… that keeps us down.

We are waiting for the first clear confrontation. For that chance at heroism.

But here’s what we don’t get…

The “bad guys” don’t exist in the real world. The demons with authoritative and totalitarian power only exist in movies. In real life, there is very *rarely* an external demon to exorcise.

The real reason why you haven’t confronted a bad guy in your life is because they don’t exist. I mean sure there are bad people… and sure there are bad situations and unfavorable factors out there. I’m not denying that. All I am saying is that in the world we live in, there is nothing out there that can actually keep us down.

The demon you are looking for stares right back at you every single day when you look into the mirror.

You are your own villain. Your own demon to exorcise…

You are the one keeping yourself down… and you don’t even realize it.

It would make for a really boring movie if you took someone who was self-driven and then just went on to succeed on account of will power and ambitious alone… unless you’re portraying the bad guys. And even then, movies only work well if there are catalysts that propel the protagonist into doing good things, or bad but great things. The bad guys can be ambitious, and nobody questions that. But the protagonist must be reacting to external triggers at all times. 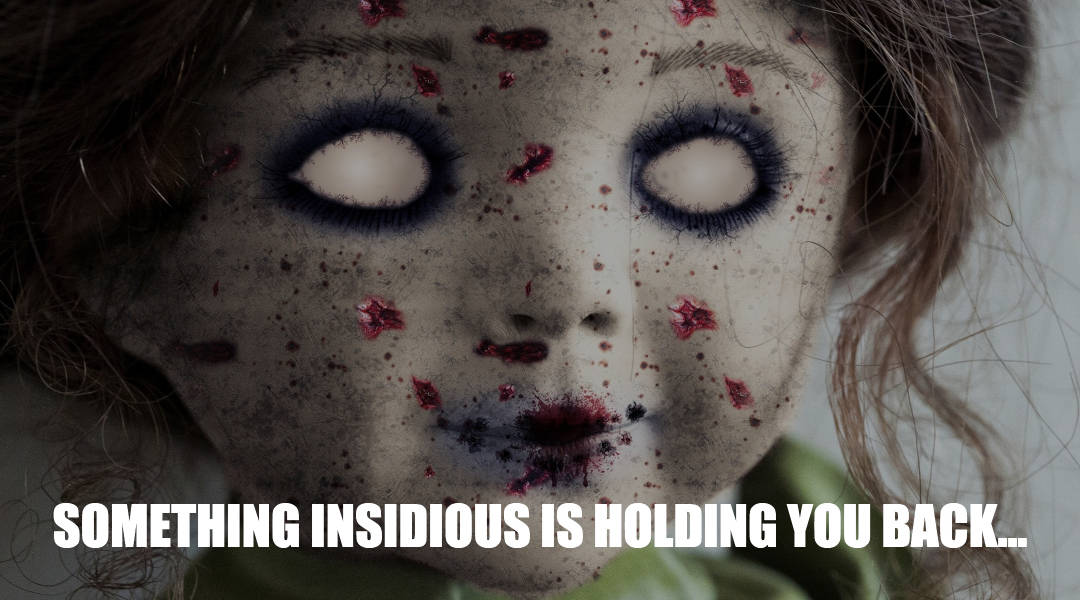 Unfortunately for you, in the real world, no such catalyst exists.

Or at least waiting for external triggers is no way to predictably create the future that you dream about.

You are your own demon to exorcise. You keep waiting and thus wasting your time. Wasting your life.

You are your own worst nightmare. You’re the insidious laziness. You are the negative talker who keeps scaring you away from action.

And unless you get that… unless you stop waiting for triggers… you will never succeed. Success requires self-driven-ness, and that is the exact opposite of waiting for something to happen… or for some stars to line up… or for the situation to be right.

Today I want to talk to you about consistency and the power of compounding, and how it can be used to lose bad habits. Now I often talk about these…
READ THE ENTIRE ARTICLE
0 0 0